how to not get lied to 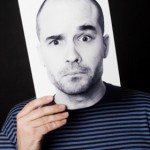 Lie without getting caught

History is a set of lies agreed upon.
~Napoleon Bonaparte

To learn how to lie effectively, the person you’re lying to mustn’t know your motives. When I was younger, I’d tell my Mother that I was ill but still wanted to go to school. I’d try and convince her to let me go. She therefore couldn’t see a motive for me to lie and so would believe me when I said I was ill. Thanks to reverse psychology, she would keep me home and she’d say I was a trooper and much harder working than my sister who used the older technique. 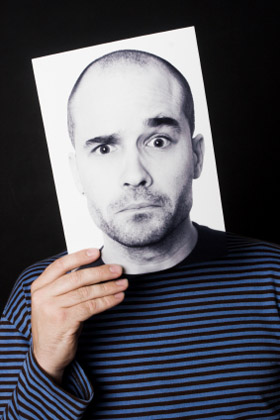 The very first step in how to lie effectively is know all the things liars do give away their guilt. The book,Detect Deceit by Simon Cruise essentially turns you into a human lie detector. Once you know everything a liar does, you get really good at lying!

As bizarre as it may sound, knowing how to lie is a very essential skill that everyone needs to learn at some point in their lives. It’s immoral you say? Actually, it’s the same principle as learning a martial art. The best skill that teaches you is that now that you can defend yourself like a wily ninja, you don’t need to use violence to get out of a sticky situation.

If someone asks you a question you’d rather not answer, the worst thing you can do is to refuse to talk. This will only heighten their curiosity and make you seem suspicious. They will likely continue to pry. Another common mistake is to blurt out the first lie that comes to mind. Firstly, lying on the spot is very difficult to do effectively, and secondly, now you will have to remember and maintain this lie.

When learning how to lie, it’s best to keep your wits about you. You can avoid the situation altogether by sidestepping the question. One effective way to do this is to ask another related question.

A: Why does it matter to you?

To make lying even more effective you can add, “It’s not like you’ve ever cared what I do!” They’ll then be too busy defending that statement, it won’t seem like you haven’t answered and it’s not suspicious.

This is actually taught to soldiers and the like who are advised that when being interrogated they should conceal not lie i.e. they should hide the truth but not invent new ‘false truths’ as these can be transparent and difficult to maintain (if you are asked to give a back story a false claim will usually break down).

Of course this technique won’t work in every situation. No technique will. Lucky for you then that I have more!

If you opt out of the side stepping method, another is to deny a completely invented assumption. That sounds confusing – here’s an example:

A: I wasn’t out with Darren again if that’s what you’re thinking!

There are three types of lies — lies, damn lies, and statistics.
~Benjamin Disraeli

The best advice on how to lie effectively is that if you’re trying not to arouse suspicion – don’t act suspicious. If you’re accused of stealing something, don’t straight away offer an alibi. Instead offer information that makes you more likely to be responsible. This will lead people to believe it couldn’t be you; if you had done it why would you admit to something like that? Ah, poor gullible sheep.

One of the more advanced techniques for spotting a lie (I’m not going to even ask why the SAS might be interrogating you) are to ask ‘Baseline’ questions such as ‘how old are you?’ to find out how you respond to the truth. This then gives them something to compare your subsequent answers to.

The simple solution? Lie about your age too! Lie about everything! They’ll have nothing to go on.

As I said earlier, surprise is one of the best methods used to catch a liar. To get around this I have invented an entire fake persona. His name is Max Hunter and he is a 30 year old painter living downtown with an Italian Mother and two sisters. This then becomes useful if I ever need to give a false identity (I might need to! You never know!).

This is effective as normally when asked your name and trying to make one up you will pause for too long and give the game away. If your identity is pre-prepared you can then confidently and quickly answer a host of questions. It really helps when you’re getting thrown out of a bar…

The rules on how to lie effectively

The overall rule for how to lie? You absolutely need to be confident! Don’t worry about the consequences and really be convicted in your response. It’s also important to know what people won’t check up on or question – most people are terrified of confrontation and you’d be surprised what you can get away with.

Only the other day I had to piss so I went into a restaurant. I was stopped by the waiter who said “where are you going?” I said the toilet and he said I couldn’t. I simply told him I was sat outside – he was hardly going to check and he was hardly going to come after me when he saw I’d lied. It was one of the best pisses I’ve ever had.

Another good recent lie was on the phone with my cell phone company. I wanted to speak to the manager but these people are specifically trained to never get someone on the phone that could actually make a real decision. I’d get put through to someone equally brainless if I asked. So I simply said that the manager had left a message on my answering machine and asked me to call him back. Poof! I just saved 20 minutes of explaining and re-explaining myself to a hundred people and got straight to the source.

Learning how to lie effectively is a skill that requires practice like anything else. The more you can detach your emotions from the whole stigma of lying, the better you’ll do when you find yourself in a situation when an eloquently placed lie can get you out of some serious trouble.

Posted in Machiavellian Thought, Psychological Warfare, Relationship Psychology | Comments Off on How to Lie Effectively
Tags: how to lie, how to not get lied to, learn to lie, lie and not get caught, make lies stick