The Beginning of Machiavellian Thought

The origins of Psychological Warfare

…you don’t have to be Sun freakin’ Tzu to know that real fighting isn’t about killing or even hurting the other guy, it’s about scaring him enough to call it a day.
~Max Brooks

Many of the origins of psychological manipulation originate from books like Sun Tsu’s Art of War and Niccolo Machiavelli’s The Prince. 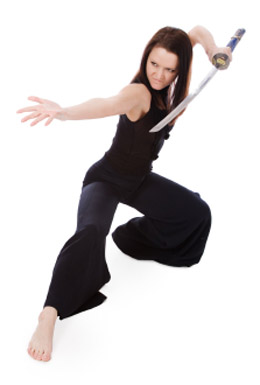 Originally written in Italian instead of the aristocratic Latin, The Prince caused quite a stir for it’s cynical, often brutal advice on how a new ruler, “the prince” is to be successful in setting up his new republic. It requires the new prince to be an outstanding and outspoken public figure who secretly does everything necessary to further the goals of his rule.

The term “Machiavellian” was coined to describe using cunning and often deceitful practices in politics. It’s also used to describe a brilliantly conceived and executed plan.

So what’s so wrong about getting what you want? Why is it so bad to figure out an advantage and take it? People in today’s society are soft. We look to other races and cultures for scapegoats for why we never accomplish anything.

The time is now to stop blaming others for the problems in our lives and start living a much higher life. Once you’ve read through some Machiavelli, it’s difficult to go back to that weak person. The term “Machiavellian” survives today because it made that much of an imprint on the world. It’s not a bad thing to do things deliberately. In fact, if you are stumbling through life, lost and confused like the rest of the planet, there is only one thing you can do at this moment: start learning psychology and Machiavelli.