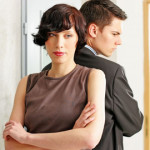 How to Use Reverse Psychology

The ‘other’ form of influence

One of the best methods to influence is the use of reverse psychology. This plays on the more sinister parts of our psyche that doesn’t want someone else to get what they want.

No one likes it when someone else is getting ahead of them. Beyond that, no one really likes being told what to do. If you really want something, you could flat out say what that is and hope that the person you’re dealing with is benevolent or easy-going enough to give it to you.

Chances are they are the other kind of person who are most likely to say no or give you something else. By then, you’ve let your true desires be known and it’s probably too late to employ the better aspects of reverse psychology.

In learning to nuance reverse psychology, it’s always best to have a good idea of whom you are dealing with. If that person is someone who is willing to help, then you’ll get what you’re asking for and not what you want.

One of the most interesting resources I’ve found on reverse psychology is a great book called Fear Selling by Paul Borgese. This is mainly a brilliant book for salespeople, but you’d be lying to yourself if you don’t realize that you are always selling your thoughts, your desirability, and yourself in every interaction. If you want to get better at selling yourself, this book has some interesting concepts.

Who does reverse psychology work on? 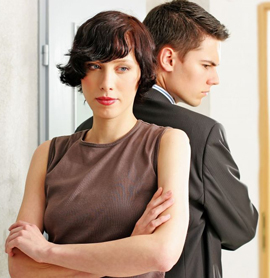 So what are the general states of people are most affected by this technique? You can usually spot them because they are:

This is just a small list, but you get the point. Someone who’s likely to feel it’s unfair you are getting something you want when their day is so crummy are exactly who this works on.

There are a few people that it probably won’t work on. They are people who are likely to take your words at face value like overly religious people or the elderly.

Often you have a chance to see how someone is dealing with other people like if you are standing in line. If the teller is crabby to the guy in front of you, then he or she is very likely to be crabby with you. If you roll up and say, “I’d love for you to give me everything I want,” they might not tell you where to put it, but they might do something underhanded to bring you down to their misery.

How does reverse psychology work?

To put it plainly, using reverse psychology is essentially asking for the opposite of what you want. You mother was probably really good at this by saying something like “I hate it when your room is so clean.” If you were in a tyrannical mood when she said this, you might clean your room just to spite her.

This is the most blatant way to influence someone, but really only works on children when used this way. If you are dealing with adults, you need to be a little bit more sneaky especially if they are smart.

People want what they can’t have, plain and simple. When you make something scarce or exclusive, there are a certain kind of people who have to have it. Why do you think airlines have a divider between first class and coach? You might think that being able to see all the preferential treatment the first class passengers are getting is reason enough for the upgrade, but it’s the stuff you don’t see… that’s what makes it so desirable.

When it comes down to it, they simply get a bigger seat and maybe a plate and silverware. You arrive at the same destination at the same time as they do. But people imagine all kinds of extra stuff as they’re crammed in the back of the plane.

In this case your own brain sells the service and convinces you how much better must be. Limousines don’t just have blacked out windows for the privacy of the passengers. It makes you really want to see what all the hullabaloo is about!

What’s behind the velvet rope? Now there’s a large portion of society this doesn’t work on because they have convinced themselves they could never engage in such opulence. But for the guy who has money (or just came into some) he’s dying to know what the deal is.

You can’t have it

Along the same lines as exclusivity, telling someone that they can’t have something plays even deeper into their greed. You see this all the time at a shop when a child throws a tantrum over something he can’t have.

There’s just something maddening about the phrase, “Let’s just be friends.” If you’ve ever heard this, it has a way of crushing you and turning a passing fancy into an obsession. Women love using this term. They’ll keep you around and flirt with you, but the moment you act on these mixed signals, now you’re stuffed into the “friends” closet and you’re trapped forever.

So what prevents you from reversing that psychology on the girl you like? I promise you NO ONE has ever told her, “Let’s just be friends.” It will drive her insane if you use her tricks back on her.

Advertising companies use this type of reverse psychology all the time: “Limited supply, limited time offer… only 3 left at this price!” If there aren’t many left, you better get yourself one right now or some other dude is gonna snatch it up! We all know how this one works.

How can you apply the technique of scarcity in your daily life? For one, don’t ever be the one who calls and texts your love all day every day. It’s important to give your lover a chance to miss you. You can’t take up every waking thought in their head without burning them out eventually.

Someone who’s not available all the time is desirable. This kind of reverse psychology applies to all aspects of personal and business life. Eventually your friends will get tired of you if you always show up on their doorstep unannounced. If you make sure you miss a couple meetings at work (which are always major time wasters), co-workers will automatically think you are working on more important projects. They don’t have to know you’re goofing off, but never correct their wild assumptions.

Let’s say you meet a girl in another town while on a business trip. You might be tempted to tell her you’ll be in town for awhile so she has time to get to know you before she sleeps with you. Wrong move! The fact that you’re leaving and leaving soon makes you way more likely to push the time frame forward.

You obviously want something from someone, but when they come right out and tell you, “I’m not going to lend you my car/sleep with you/babysit your six delinquent children.” You can’t let them have the upper ground.

You can actually use reverse psychology to guilt them into doing your bidding. These conversations usually start with a “how dare you” or a “what are you talking about?” You must lead them to believe that your desire was the furthest thing from your mind: “What!?? No, I was hoping to get my friend to watch my fire-starting kids. But now that you mention it, our lives would be so much better if you watched them. I could get so much more done and I know how much you love them!”

You could even insult them a little bit, “Oh, I wouldn’t be caught dead in your car. Maybe I’ll use this money that I was going to buy us dinner with to rent a BMW.” Or, “Sleep with you? You’re really not my type. It’s sweet of you to think of me that way though.”

Let’s say you’re in the market for a used car. You go into the dealer and he’s got the exact car you had spec’ed out with all the options you wanted. You could freak out and say this is the one thing you’ve always dreamed of.

You just lost all your bargaining power. Before you’ve even had the chance to kick some tires and try to get a lower price, the salesman know how you simply have to own this car. He has no pressure on getting you in to it.

The best way to start is to first, freak out (on the inside) and get calm. Next, find everything wrong with what you want that you can. Then you simply relent to taking it off their hands.

If you have any siblings, you’ll know what I’m talking about. They will never let you have anything that you really really want. Reverse psychology is perfect in situations like these. “That sucks! I’d never want that!” gets you so much further than begging.

This is also your last chance with that person you’ve been stalking all these years. They’re kind of used to all the attention you’ve given them. The moment you act like you don’t want them anymore is the moment they actually take notice in you. Remember, we want the things we can’t have (seriously, quit stalking me!).

Although this is one of the most blatant and cliched form of reverse psychology, the magic is that it still works. You could show that you’re no longer interested, but you can add a hot new girlfriend or boyfriend to parade around to drum up some jealousy. No one wants to eat in an empty restaurant…

In fact, this is one of the quickest ways to get your ex back. You need to show them that you are having a great (and sexy) life without them. It touches all of those emotions that got them interested in you in the first place.

Reverse psychology works best on people that aren’t very happy and children who are trying to assert their own identities. If used subtly and skillfully, it can be one of the most effective tools in your Influence Arsenal!