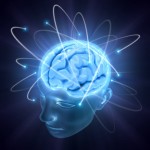 What exactly is Neurolinguistic Programming?

Neurolinguistic Programming was co-created by Richard Bandler and linguist John Grinder in the 1970s. Using the principle of influence developed by Milton Ericson in which you don’t really need to hypnotize someone to speak to their subconscious. You can actually speak in a way that confuses the subconscious that makes it perk up and listen no matter how the subject is reacting on the surface.

If you are brand new to this concept and want to start with the best resource I’ve found to date, try The NLP Toolbox. It has all the basic things (and a whole bunch of the advanced stuff) for you to get started in this pretty cool field. But if you really want the “Trial by Fire” on what NLP can do to supercharge your brain, you need Adam Khoo’s Master Your Mind and Design Your Destiny. This dude is a self-made millionaire that trained his brain to quit being such a lousy slacker to getting up and making something with his life!

What is Neurolinguistic Programming?

Many of the ideas of NLP revolve around the use of communication, language and gestures to understand cognitive processes and build “rapport” with another individual. In particular it is useful for sales people as a means to help persuade a potential customer to buy a product.

Not only that, it can be used on yourself to train your brain to develop new pathways of thinking instead of the normal “wake/work/eat/TV” routines that are so deeply ingrained in your thought processes.

Modeling is the broad term for the systems used by a ‘modeler’ to adopt their client’s gestures, patterns, beliefs and more to make themselves more agreeable and persuasive.

When someone is like you in many ways, then they must be alright. The people that appear to believe in the same god or political ideology or listen to the same music somehow have to be your extended family… right?

The Meta Model focuses on errors and assumptions in a client’s language to gain insight into the speaker’s thought processes and looks to respond to the construction or a sentence rather than its meaning and content. For example if you were to say ‘everyone loves me’ the NLP expert might respond “Everyone?,” or “What would you say love is?”

When you can get people to challenge or even consider what they are really saying, you can get them to actually change their perspectives. This is really helpful when arguing with someone who really has no idea why they think the way they do, but “dammit! That’s just how I am!”

The Milton Model has the Neuro Linguistic Programming practitioner using language that is purposefully vague or ambiguous to allow the listener to project their own meaning onto what’s being said and so almost certainly agreeing.

This is the idea that we use visual, auditory and kinesthetic (touch) methods to understand ideas and that different people prefer to use different ones. Our language is supposed to give away which we are using – for example people who say, “I see” or “see what I mean?” usually are visual types. People who say, “Do you hear what I’m saying?” tend to process auditory information better.

By adapting our behavior and language to suit the representational system of the intended recipient, we can build a better rapport more quickly. Let’s say you are describing a vacation at the beach. With a kinesthetic person, you might describe how cold the water was and how great the sun felt on your skin. With the auditory person, you might talk about seagulls cawing and the smash of the waves on the rocks and so on.

This is actually one of the better ways to tell if someone is lying. How useful would it be to learn accessing cues?

– Mirroring is a technique by which you subtly mimic the posture and body language of whoever you’re talking to thereby building rapport. This is also taught in crappy self-help dating books as a technique for pulling. Subtlety is really the key here – make it obvious and you will find it has the reverse effect with people just ending up pissed off at you.

Essentially, when someone mimics the same gestures you are doing, it makes the brain feel as if this person is OK. Have you ever found yourself on a first date leaning towards your date as he or she leans in towards you (and not just to kiss). We all have standard forms of body language. When someone repeats these gestures back at you, you can’t help but like them.

Neurolinguistic Programming also has various techniques that use these principles to therapeutic effect. These include “Anchoring” by which you associate a word or movement with a positive memory as a way to instantly recall a good mood or feeling; and “Framing” where you try to change the way you view or remember a painful event or anxiety inducing thought. For example you may re-frame the image of a phobia with a comedy soundtrack and all in pink so that when you visualize it, it causes humor rather than stress.

This is only really a taster but it gives you a basic understanding of NLP’s key principals. A lot of it from there is common sense. Bear in mind that the methods have little scientific verification, but the rapport building stuff at least is widely used in business and generally accepted as effective.

Neurolinguistic Programming is a very easy method to learn and is perfect for using a little psychological warfare to get ahead in your personal and professional life. Check out the NLP Toolbox to get a running start at a great new skill.

Posted in Machiavellian Thought, Psychological Warfare, Self-Improvement Psychology | Comments Off on Neurolinguistic Programming
Tags: how to learn NLP, what is neurolinguistic programming, what is NLP