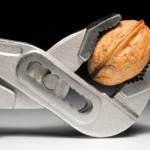 How Manipulating Thought can Serve You

Is it OK to mess with someone’s brain?

‘You are a manipulator.’
‘I like to think of myself more as an outcome engineer.’
~J.R. Ward

We are all budding psychologists and the idea of manipulating thought is a very old. Every time we interact with a human being we instinctively try to asses their thought processes, their motives and their feelings. We do this so that we can judge how to react to them and predict future behavior. If your ultimate goal is to get people to see things your way, then you absolutely need to learn How to Persuade Someone.

Some are better than others but we all try to do this. The single most important thing to ensure when you are trying to manipulate thought or feeling is that they don’t know you’re doing it. When you tell them what you think is a good idea they will instantly reject it – that’s human nature. People don’t like being told what to think and if they suspect that is your motive then it won’t work.

This is why methods such as reverse psychology prove to be effective. Overuse has lead to this approach being predictable and transparent but so long as you disguise your motives you can achieve a similar effect more subtly.

In order then to put an idea in someone’s mind, you must first distance yourself from that idea. Preferably they wouldn’t know that the idea came from you at all. It would be good if you could get a friend or confidant to tell them the idea instead. There’s still a good chance though that they’ll reject this advice – we are by nature stubborn creatures.

Now, what would be even better is if they believed that they had come up with the idea themselves. It takes a skilled tactician indeed to trick someone into both having an idea and believing that you had nothing to do with it. One way to achieve this is to use what I call The Open Forum Technique.

Here, rather than telling someone what you think or what they should think, e.g. “We should go to Greece this year,” you merely lead them to that conclusion themselves. One way you can do this is to eliminate alternatives. So you bring up the problem: “Where do you think we should we go on Holiday this year?” She might say, “How about Spain?” You go for, “My friend went there recently and said it wasn’t that good… you’re right though, we should go somewhere hot. What’s near there?” She might say, “Portugal” “Yeah good one, where else?” “Greece?”

You get the picture. Or you don’t. In which case, you’re thick.

You don’t just have to “block” off options for this technique to work. You can alternatively just keep asking leading questions and using presuppositions while feeling out the situation. For example you’re trying to split up with a girl. Instead of saying, “It’s not working out” – harsh – say, “Where do you think we’re going?” When she says, I don’t know or whatever say, “It just doesn’t feel like it used to… do you know what I mean?”

This doesn’t straight away spell doom for the relationship; you may just be trying to ‘spice’ things up again. But it’s a great way to manipulate thought because it allows you to see how she reacts to that and then you’ll get an idea of her feelings, if she reacts badly then try a different tack. If she seems to agree with you she probably hates you’re guts – this should be easy.

The result in both these situations is that the other person believes they have had an idea when in reality you have merely manipulated their thoughts to lead them to that conclusion. Pure brilliant!

Then there’s the oldest trick in the book (and on this site): the aforementioned Reverse Psychology. I’ve already said how people love to reject ideas. Well this move plays that hand nicely.

Reverse psychology allows the victim to feel like they are coming from the position of power by doing something you apparently don’t want them to do. A friend of mine wanted desperately to get out of the military. Finally, he’d messed up enough so they had to kick him out. Their options were to prevent him from re-enlistment or to chapter him out of the military.

He had known that getting the chapter could take months and he wanted out so he begged for the chapter. Obviously, he got barred to reenlist. What his commanders hadn’t known was a section in the regulations that allowed a soldier to claim that he had intended to make the military his lifelong career. By receiving the bar, he could then essentially “quit” the military and set his own timeframe to get out. freedom tastes soooo sweet!

You can also use implied reverse psychology for manipulating thought by assuming something they believe in. It’s much more subtle: “We always have to go out to have a good time…” This implies something she doesn’t want to be true – so she’ll say “No we don’t!”

“Please don’t throw me in the gorse bush!” ~ Brer Rabbit

These obviously don’t cover every situation – for example trying to make a boss think you are a better employee than you are.

The opposite of this technique is making someone think that you had their idea. While it would be out of order and very tricky to do this in most circumstances, you can certainly make it seem as though you already had the idea. This is useful in several scenarios. For example meeting criticism at work with, “Yes I had noticed that myself” or “I was just thinking that I really need to work on that” makes it seem as though you were already solving the problem and so the boss will leave it and it won’t count as a mark against you.

Warming people up to an idea

Using Increments is a way to get people to accept an initially unacceptable idea. The most famous, or rather infamous, example of this comes from the Milgram’s 1963 obedience study.

Participants in this study were asked to play ‘teacher’ by testing someone that they thought was another participant (though he was actually part of the experiment). The teacher and ‘learner’ were in separate rooms and communicated through a telecom system. The teacher was then asked to begin giving the learner questions. Each time the learner got a question wrong however, the participant was asked to administer an electric shock which would get stronger with each incorrect answer. The shocks would go all the way up to 400 volts – a potentially lethal shock. As the learner began to get larger shocks they would begin complaining of a poor heart over the intercom but the participant was asked by the psychologist to continue (of course the learner was not actually receiving any shocks but was merely acting). Eventually the learner would go completely silent, not answering questions or reacting to the shocks.

Now, we’d all probably like to think that we wouldn’t continue to shock a man to the point of seeming death just because a man in a lab coat told us to (unless of course you are a murderer in which case you’re probably fine with it… you shouldn’t be reading this). However it actually transpired that most people in the study did ‘kill’ their student.

This has been compared to the manipulating thought that occurred in Nazi Germany and has been put down to many factors such as the authority of the psychologist encouraging you to go on. One of the main reasons for the results though is that each increase in voltage was so tiny. Each time the ‘teacher’ was asked to increase the voltage by one or two volts they must have thought ‘what will an extra two volts do?’ while all the while expecting to stop before it got too bad.

The real-world applications of this are far-reaching and you can slowly encourage people to do all manner of things. The only downside is that in doing so you are being a bit like Hitler…