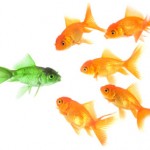 How to lead people

You have to be burning with “an idea, or a problem, or a wrong that you want to right.” If you’re not passionate enough from the start, you’ll never stick it out.
~Steve Jobs 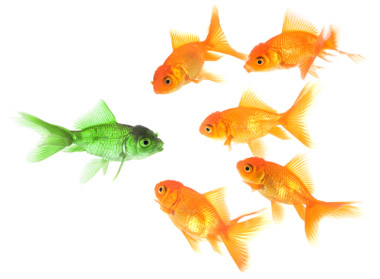 When it comes to leadership tips, the information out there is all pretty standard: Be kind and understanding, listen to your underlings, make great decisions, etc. All of these work to some degree, but when it comes to truly excelling at being a great leader, now we get to some Art of War.

A great start is Dr. Paul Hersey’s Situational Leadership. It teaches you how to react in the moment. It starts with a leadership test that determines your skills as a leader and exploits your already ingrained ways of leading.

Stalin wasn’t always a popular guy as you know and it only takes one naysayer to spread feelings of discontent through your followers. The problem is that by punishing this trouble maker you will only turn more of your followers against you.

If you ignore him then he will spread his message of doubt. If you isolate him you may quell the problem, but it will only alienate him and create a full-blown enemy. What to do in this situation?

Stalin solved the problem with a trick he called Transformismo. In this situation, you go against expectation and actually promote your doubter to a position of importance. This will initially buy you back some respect. He will be too busy spending all his time dealing with his new responsibilities. With his new-found position and accompanying importance, he will be busy promoting your message and over time he will become a supporter and sympathizer.

It will also keep him close and away from others where he could be a bad influence. This is what’s meant by keeping your enemies close. Soon they won’t be enemies anymore but valuable allies.

If only Yoda had given Anakin some trust and respect, instead of isolating him, Darth Vader may never have been born…

How does these leadership tips work in today’s world? A friend of mine was put in charge of his company’s website forum. The problem is that his friends are all great pranksters. He was very nervous about the possibility of his friends finding the forum and filling it with bizarre posts and crass language. So rather than try to hide the forum and risk them discovering it, he made them moderators on the site. They were touched by the display of confidence and rather than try to ruin it they actually became promoters of the site and valuable members of the forum.

At certain plays and shows, producers will plant people in the audience to act as though they’re really enjoying themselves. This will then spread to the other members in the audience, even if only slightly. If you’ve ever been to a show with someone laughing hysterically at every lame joke, then you know how much funnier it makes the whole experience seem.

The same will work in a board room or group of underlings at work. If you suspect that your followers are disillusioned then a few strategically located believers can do a world of good.

This can also work the opposite way. Getting people to show up and cause a ruckus can destroy the credibility of anything. Consider the “town hall meetings” held for the promotion of America’s Health Reform Bill. Didn’t it seem like there were people who seemed just a little too upset by the whole thing? Perhaps people actually were that upset, but all you need is that first crazy to get publicity and everyone else will come up with their own opinions whether they should be outraged or not.

In the movie, Schindler’s List, the concentration camp director character played by Ralph Fiennes shoots a few of the early inhabitants and the effect is seen immediately. Everyone now works at a much faster pace.

Perhaps this is a bit of an extreme in our leadership tips. You can’t really execute the people who work under you, but you can fire someone to put a spring in everyone else’s step. Demotions, assigning people to less desirable positions, and leave without pay are all great ways to make an example of someone.

Remember that episode of friends where Monica’s kitchen staff wouldn’t listen to what she says? She hires Joey only to fire him and make an example, thus scaring her opponents. No one says you need to compromise to create urgency. Much of psychological warfare is about creativity. Don’t you love it when a plan comes together?

Getting people to obey your leadership

There are many underhanded tactics among the leadership tips to get someone to do what you want without them even realizing you are manipulating them. These examples are particularly useful for parents.

If someone is doing something you don’t want them to, you can pretend you don’t know. This puts you in a great situation. One of the best leadership tips would be to bad mouth people who do the unwanted action and praise your target for not behaving that way.

For example if you knew your daughter smoked you could say, “I’m so glad you don’t smoke. All those other kids are trying to look cool but it’s ridiculous. I’m just so pleased you’ve got more common sense.” This is a clever way to get them to modify their behavior as they will think that this is what you “truly believe.” It’s also an opportunity for you to share your views without “preaching” and make them question their behavior.

A similar technique is to purposely make a false assumption. So if your daughter smoked and she knew you knew, you could pretend to be okay with it. “No it’s okay, I understand.” You lie. “You do it because you want to fit in. I get it; I had a friend like that who was very insecure.”

This works because it makes them think that they’re sending out the message that they’re insecure (likely to be true) and this was obviously not the image they were trying to broadcast. They will therefore modify their behavior in an attempt to appear more confident.

Leadership is about getting people to follow and do what you direct them to, plain and simple. When you use the methods of our leadership tips, you will get ahead in business. It’s a foregone conclusion.