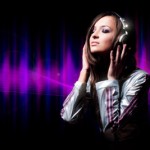 What are Binaural Beats?

Reality is a sound, you have to tune in to it not just keep yelling.
~Anne Carson

Hello, I’m currently on Marijuana. A few minutes ago I was on LSD. My brain hurts.

Well, actually I’m not Marijuana and I wasn’t on LSD, but in theory I kind of am and was… if you read on you’ll probably figure out what I’m on about. Or not…

“Digital Drugs,” known less excitingly as ‘Binaural Beats’, are a phenomenon that’s only recently really kicked off online. Like many other things found on the internet they are surrounded by controversy both in terms of the ethics behind them and how effective they really are. A great primer to get these sound files is from Mind Shift. They have beats for:

It’s easy to see what all the commotion is about. If they really do work, their effects could be used for a variety of people from all walks of life. Essentially Binaural Beats are sound files that sound very similar to an un-tuned radio with some strange rave-style beats thrown in. Listening to these sounds for long enough however can purportedly have a range of effects on the listener’s brain essentially re-creating the feeling of being on drugs, meditating, dreaming or a range of other experiences.

How to use Binaural Beats

Binaural Beats are only effective if listened to through headphones and supposedly works by playing different wavelengths in each ear. Apparently the brain automatically adjusts its own frequency to be exactly in-between those it’s hearing (this is known as ‘entraining’). Using this method then it follows that you can force your brainwaves to a certain pace – alpha, beta, delta, gamma – or levels experienced when in a certain state such as meditation or tripping. Of particular interest to readers of this site however are the sounds that promise nootropic effects, claiming to improve memory, learning, fluid intelligence or inspiration.

While this may sound too good to be true for some of us, others are rather adverse to the idea and there’s a ton of literature on the net damning the craze and warning against potential hazards. It seems many are worried that having their kids downloading drugs directly into their brains might not be a good idea (really?) – that it could still be dangerous if the effects cause them to act in unusual ways, or that it could send them on the infamous slippery slope to real drugs and homelessness and prostitution and child pornography.

As usual, some people fear the things they’ll never understand…

The side effects of Binaural Beats

It is unknown whether users can experience flashbacks, how long the effects last, whether it’s safe to drive after using, whether it’s safe to use if you have various medical conditions etc etc. As usual, the fearful reaction of those in positions of power has lead to a lack of research – ironically rendering the initial controversial item more dangerous than it would have been if we had a greater understanding. More research should be done – and then if it proves safe and effective they may offer a safe and cheap alternative to the real deal. Furthermore binaural beats may offer help in other areas – as a remedy for depression, as a learning aid, or as just one more way to make yourself stronger, faster and smarter! Unfortunately there are currently no digital drugs designed to help build muscle…

Obviously this all sounds great, but it’s only useful if it actually works. The problem as far as I can tell is that the effects that the producers claim are possible seem rather specific; a sound that causes alpha brainwaves is believable, but one that causes you to experience the exact same thing as someone on LSD is something else.

All of this idle speculation is meaningless – and so as usual I decided to find out first-hand how well these binaural beats work. The first one I tried was titled “alcohol” and I actually went driving immediately afterwards. Not advisable obviously, but the problem honestly hadn’t occurred to me (perhaps because I was ‘drunk’?). Anyway, the drive was a complete mess, I went the wrong way and jumped the curb – nothing unusual there then. The next day I slapped the headphones in again. This time I felt the effects immediately and had a physical reaction that I think would be rather hard to fake and which surprised me quite a lot. Suffice to say that I am fairly certain that this file had the intended effect.

I tried one titled ‘trip’ which had some strange but non-trip like results. Basically other than feeling a bit weird I suddenly recalled one old memory and heard an unknown gruff voice loudly shout in my ear “Do it!” Okay so these minor hallucinations are unusual – but they certainly aren’t quite the crazy and enlightening/scary experiences my drug using friends have described. If anything these were probably the results of me being in a state somewhere between waking and sleeping. I decided for this reason to up the ante and try one titled ‘LSD’, which just sent me to sleep (although this is useful if nothing else)It also left me in a weird mood for the rest of the day which was actually rather pleasant. If this file really worked there would be no issue regarding falling asleep, or placebo effects, or concentration. If this were a real substitute for one of the most powerful drugs currently in use then I would have known about it.

The fact that you can entrain your brain waves to a certain level and become more alert or relaxed make binaural beats a great device in training the brain. I read a lot. After using a file for focus and concentration, I found that I seemed to recall a larger portion of information for the book I read afterwards.

Ordinary music has the ability to alter your mood or frame of mind and it seems to me that Binaural Beats simply do this to a greater extent. This theory was supported in my own testing – files that simply aimed to change your mood or your brainwaves seemed fairly effective, but those that claimed to cause hallucinations were not. This limits the range of things that digital drugs could be useful for to increasing awareness, aiding with sleeping or meditation, or altering moods. Binaural Beats are no silver bullet – but they do have potential to be useful and prove to be interesting nonetheless.

So in conclusion: are Binaural Beats a waste of time? No. Can you get high from a digital drug? No. Can you send yourself to sleep or increase attention? Definitely yes! Do more studies need to be done? Damn right!

For more information on Binaural Beats, check out Mind Shift for more great information and get started on the exciting fun of turning on your brain.