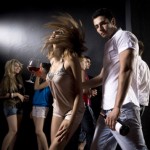 What is the Psychology of Pulling?

The next time you try to seduce anyone, don’t do it with talk, with words. Women know more about words than men ever will. And they know how little they can ever possibly mean.
~William Faulkner 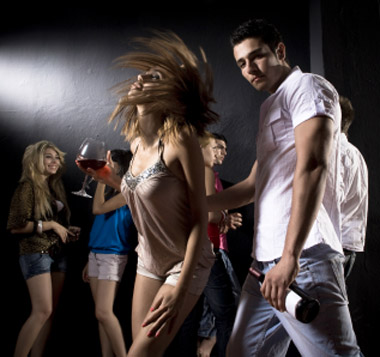 The psychology of pulling is more about your reality than hers. Most women like to be lead. They love a guy who can take charge, be engaging, and someone who’s socially adept. You too can use psychology to get women!

Nightclubs are the perfect place to pull, in fact they’re pretty much designed specifically for that purpose. The alcohol is flowing, the music is pumping and 50% of the people there are looking to score. However, if you don’t know what you’re doing and if you don’t have the balls to approach girls, then you better do everything in your power to grow some! I’m not joking here. Shy guys get no girls.

And balls is really what it comes down to (they come in handy for the next part too actually but let’s not get ahead of ourselves). And by balls I mean cahunas, stones, confidence. A lot of guys tell you that it’s just a matter of confidence, but unlike most things guys say this one is actually true. The thing about confidence is that a lot of girls don’t have it.

While you may think that you’ve got nothing to offer the girl you’re chatting up, she’s probably trying to figure out which of her friends it is that you’re really after. All you have to do is talk to one of your female friends for a few hours and you’ll quickly learn how many insecurities girls have. Ask yourself: have you ever worried that your bum looks to big in your jeans? Thought not.

What if I’m ugly?

Maybe you’re a smelly, hairy, weedy little man; you think you have every reason not to be confident. You really need to check out the book, Double Your Dating. This will open up a whole new world for you. Back to the psychology of pulling and the matter at hand: the good news is she’s a gorgeous 6′ platinum blonde and she probably thinks you’re the better looking one. That’s why guys don’t need to be good looking to score a hot chick and armed with that piece of advice you can approach any woman without trepidation. If you do it in the right way and appear confident you’ll escape with your dignity intact even if you don’t succeed (and you’ll probably get some attention from a few of her friends).

If you’re anything like me however you still may not want to approach a girl for fear of appearing sexist or arrogant or presumptuous. A myriad of excuses will likely fill your head. Luckily you needn’t necessarily make your intentions known to start with. You don’t have to ask her out or try and suck her face off – just start chatting to her about anything that pops into your head. You can even pretend you mistook her for someone else, anything to open up the channels of communication.

Enjoy the moment and chat to her as though she was anyone else, imagine you’re at a party and she’s a friend of a friend. Come on, why else would you be over here when you’re mates are having such a good time jumping up and down in a circle? If the conversation is stilted then she’s not interested and it wasn’t meant to be, however if the conversation starts flowing you’re good to go and chances are she’s interested. And remember, even if you think she’s probably just being friendly – she’s probably thinking exactly the same thing about you. Grab your balls and talk to her!

So you read part one, you went out and you approached a girl with your new found balls (not literally hopefully). She seemed pretty receptive but you weren’t sure if she was just being friendly, you got nervous and the conversation ran out. Either that or she got bored of waiting for you to make a move/insecure about why you weren’t making a move and made an excuse to leave.

Don’t feel downhearted. Trust me, I’m no better myself. I’ve learned all this from my failures, I’ve had so many I know exactly what not to do. Luckily that helped me pave the way for understanding the psychology of pulling and learning how to do it right. Armed with that knowledge, I’ve had a very good two years in terms of romance. So here’s what to do next.

Now that the girl is talking to you, chances are she’s interested. However you’re probably fretting that you’re going to ruin a good thing or don’t want to come across as needy if she’s just being friendly. So what you need to do is make your intentions known without embarrassing yourself. Firstly, if the girl is in a group (chances are she will be unless she’s some kind of loner) then you should ensure to address the whole group rather than just the girl you’re interested in. In particular you should talk to her less good looking friends.

There are two reasons for this: firstly, it will bring out your chosen one’s competitive streak as she tries to prove she’s more attractive than her friend (especially effective if the friend is clearly the worse looking); and secondly because it will make you look like less of a sleaze bag/less shallow. Plus if you can show you can get on with a group of people you will seem more attractive than if you shyly drag her away to the corner.

Now to show the girl you like that she’s the one you’re here for, here’s one move I use myself while talking to girls or even on the dance floor. Simply hold their gaze for a second then look them down their body to their feet and back up to their eyes. It should be done quickly and you should have an expression that conveys that you like what you see.

The reason this is successful is because it’s obvious in telling her you like her but at the same time, if she’s not interested she can just ignore it – you can still bounce back! Maybe that one is just a little gimmick, but today’s men are wimps. She’ll appreciate a man who’s in touch with his sexuality and who understands the psychology of pulling. If the conversation is really going well, then it’s time to hang out with her one-on-one. Somehow you need to get her away from her friends to see how interested she really is. An easy way is to offer her drink… provided she comes with you to get it. It’s also the perfect excuse to take her away from her friends to the bar. When you ask her, place your hand on the small of her back as this is another good way to subtly show your intentions and also acts as a little ‘taster’ of what being intimate with you might be like. If she accepts the drink it’s also a good sign that she’s interested too.

Now escort her to the bar and ask her what she wants, if wants you to choose then try to appear confident in your decision and order something like a Malibu and lemonade or an Archers and Coke – whichever you prefer really, hopefully you’ll be tasting it later!

So she’s accepted your drink and you’ve bought her a drink of either her or your choosing (by the way if you’re choosing always pick a single – you don’t want her too drunk and if you buy a double she may start to question your integrity. Come on man, be a gentleman!). The question is: what do you do now?

Firstly you’ll now want to talk to her on her own so lead her to a quieter spot to chat. Make sure you’ve gotten yourself a drink too as this will ease the flow of conversation – it’s a well known fact that all guys become twice as confident when they’re holding a drink. Again though you need to judge the strength of your drink, there’s a thin line between Dutch courage and knocking yourself unconscious. The latter is not attractive. Neither is puke on her shoes.

Now you can talk to her about some slightly more personal things. Since we’re looking to know the psychology of pulling, the trick here is to never ask her what she does, how old she is, where she lives etc. This is not the time to sound like anyone else. Besides, she already has memorized answers for the questions. Ask her what she wanted to be when she grew up or her dream vacation. I also find this a perfect time to ask for her number in case she suddenly has to leave or in case you screw up later. Alternatively in this day and age you can just ask her name and look her up on Facebook. Try to judge the situation and only ask her number if you’re confident she really digs you.

Move her around the club

Don’t hurry her but once she’s finished her drink you should ask her if she wants to dance. If they allow drinks on the dance floor you can ask a bit earlier as it can help with your dancing to hold a drink – just don’t spill beer down her back. Now you’re in pulling territory and you’ve got the green light to start sucking her face off. Pulling anywhere other than the dance floor is an awkward and uncomfortable experience for everyone involved (except perhaps the cinema or a couch) but on the dance floor no one can hear you and you’re close anyway.

Now pull out your best dance moves but try and keep it simple. Don’t worry that you can’t dance. Most guys won’t dance so the fact that your even out there plays well into the psychology of pulling.

The trick here is to get slowly closer without being to obvious. I liken it to creeping up on a dog so that they don’t realize what you’re doing. Once you’re close enough you can place your hands on her hips and you’re in. If you have trouble doing this though you can start by accidentally bumping into her to see how receptive she is, or try moving somewhere crowded so you’re ‘forced’ to dance so close.

Another good move now is to slow down and to put your forehead to hers or your chin on her shoulder. From here it’s just a matter of preference when you go in for the kill. Remember, if you’ve got this far there’s no chance she’s not interested and chances are she’s more nervous/surprised than you are. If you try and it goes wrong you haven’t lost anything but if you don’t try you’ll constantly regret it. Just turn “what if?” into “so what?”